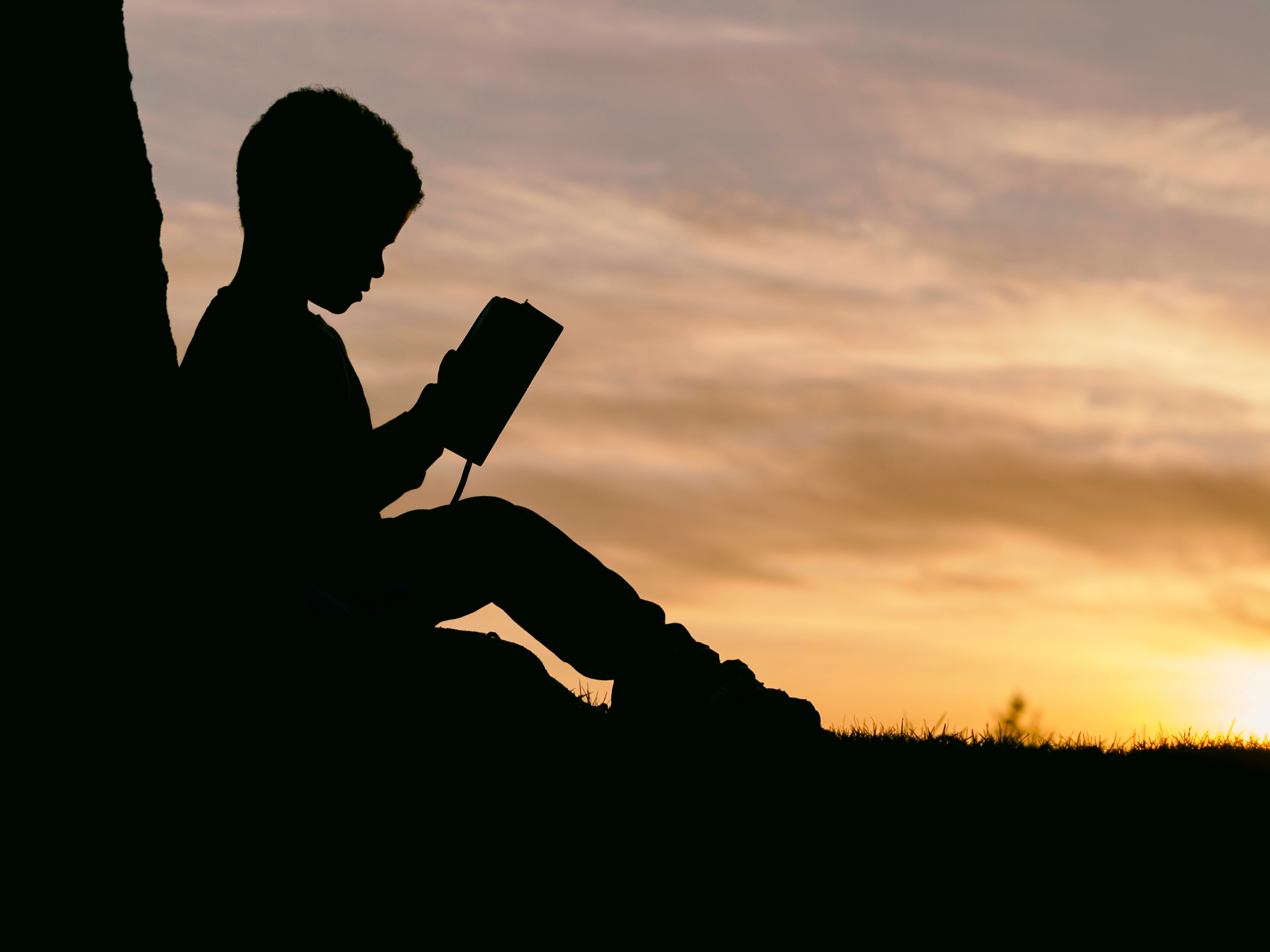 Remote learning when it is really remote

Internet access is ubiquitous—except where it isn’t. However, even in places where electricity or Internet connectivity are spotty, new e-learning innovations can help people get an education.

Marilog is a small town located 50 kilometers (31 miles) from the Philippines’s third largest city, Davao. Only part of the agricultural town, population 16,000, has electricity, including its central elementary school. With no computers, much less Internet access, how can any teacher impart the knowledge a child needs to learn? Are all the benefits of remote learning unavailable to those in rural areas or developing companies? Fortunately, there are happy answers.

E-learning can connect the unconnected to the rest of the world. It is hailed as education’s great equalizer. No matter the subject, instruction is available to anyone, anywhere, and on any device, thanks to the Internet.

But thanks to several new technological innovations and the creative use of a few older ones, that isn’t the case. Today, even if you are in the furthest corners of the Amazon or living in hostile conditions—ranging from the Sahara Desert to Antarctica—you can get lessons in subjects as complex as software algorithms and artificial intelligence.

“There should be no complacency that we will somehow magically progress towards everyone being online,” says Adrian Lovett, CEO of the World Wide Web Foundation, in a Guardian article. Universal Internet access is predicted to take another 50 years or even longer if the problem isn’t diligently tackled. “If you are not connected when the majority of your fellow citizens in the world are, you become marginalized in a way that could be more dire and more challenging than perhaps anything we’ve seen before.”

When a traditional method fails in a nontraditional environment, it’s time to look at the problem from a different angle. Typically, that also entails looking at how other industries are solving a similar problem or at least coping with it.

One of those is edge computing. Data is gathered and analyzed on or near the device (which likely is an IoT sensor but doesn’t need to be), rather than waiting for information to be sent to and from a remote server. Currently, edge computing gets attention for autonomous and assisted driving vehicles, because there is insufficient time to move data over the Internet for analysis before a car wreck occurs. Caching data on a device can be handy, too, when connectivity is an issue. One example of that is offline GPS maps.

But when it comes to consistently delivering e-learning to developing nations and populations in very remote areas, it is the emergence of the microcloud architecture that some experts consider the most valuable.

“A microcloud is a local footprint of a complete, cloud-based environment, which can ‘stand alone’ for long periods of time on a small appliance,” explains Charles Foley, chairman of Critical Links, which provides e-learning infrastructure for schools, especially in challenging environments. “The microcloud presents the full cloud environment, which is cached locally even if there is no Internet connection. And in most cases, an integrated battery backup allows usage even if there’s no power.”

A local microcloud syncs with its main cloud environment to update everything as soon as an Internet connection becomes available.

It’s possible to stage an educational system locally even when it’s designed for a cloud-based e-learning environment, complete with a full learning management system, standardized curriculum, digital content, and courseware—even rich media websites, such as Khan Academy. That makes them usable even without real Internet connectivity, says Foley.

All relevant content and courseware are cached, including textbooks, videos, and other resources. That ensures constant availability and the same look-and-feel experience as if the students were online.

“We have students in the Amazon, for example, who can only reach their school by boat, yet by using the Critical Links C3 Micro-Cloud, they have the same world-class information and resources as kids in major industrial cities,” Foley adds. “In far-flung countries, such as Brazil, a new course or text can be published by the Ministry of Education and made available to even the most remote schools overnight. And students with any Wi-Fi-enabled device—even a cell phone—can access and leverage these resources.”

In the unplugged town of Marilog in the Philippines, educators began using microclouds to deliver compelling lessons despite a shortage of electricity and Internet. According to Foley, the dropout rate declined dramatically after the microclouds were implemented, from 5 percent when the technology was introduced to 2 percent only two years later.

There are still places where there are electric plugs but no sockets. At the outer edges of civilization are plenty of people looking to learn, such as in rural India or Zambia. Here, educators get creative fast.

“For example, we teach kids to fold origami (algorithms), and then we attach motors and batteries to make it jump all over the table (circuitry). There are many examples of unplugged activities such as games, puzzles, and challenges that can be used to teach all kinds of skills that translate into real-world situations,” Pfitzenmaier adds.

Another way to use tech to teach in such environments is to leverage local resources over the standard fare offered by a variety of cloud resources.

Two examples of using tech to teach literacy in areas with limited connectivity and relying on local resources are the Makhalidwe Athu (“Our way of staying”) project in Zambia and Play.Connect.Learn (PCL) in India.

ACR GCD uses science and tech to source, test, and disseminate scalable technologies to improve literacy skills of early-grade learners in developing countries. It accomplishes many of its goals through a series of grant and prize competitions to spur innovation. So far, the nonprofit has provided seed funding to nearly 80 innovators and counting for EdTech that is usable in low-resource areas anywhere in the world.

“These locally sourced story submissions were then edited by a literacy expert for grade-level appropriateness and distributed to parents through a series of SMS messages that do not require an Internet connection, along with comprehension questions to ask their children,” Backus adds.

ACR GCD reports that during the first 12 months of the pilot project, 1,200 participating households reported reading the mobile stories with their children at least once a week, and 78 percent said they read every SMS message when it was received three times a week.

“This model can be replicated in any location where connectivity is limited and there is a lack of quality reading materials for children learning to read,” Backus says.

On the other hand, the PCL project leverages the power of television via a mobile app featuring a favored children’s show characters from “Galli Galli Sim Sim” (India’s version of “Sesame Street”). The app can be accessed on low-end smartphones and even offline after being downloaded.

“It uses a progressive learning mechanism, so children can read and learn at their own pace. This approach reached more than 12,000 families and resulted in statistically significant gains in four of six reading skills measured,” says Backus.

AI in a box

ReadyAI, a company that focuses on artificial intelligence education, believes that anyone can learn to use AI if toolkits are easily accessible, fun to use, and shipped to schools all packed together in a box.

“Most of what ReadyAI teaches centers around the computer, but in terms of connectivity, a large portion of our curriculum can be delivered without Internet access,” says Jason Huang, program director for ReadyAI. “There are components in our latest curriculum for AI-in-a-Box that are unplugged activities, which do not require any equipment.”

Huang adds, “But the majority of the activities and instructions require electricity or at least a laptop battery that may have been charged prior to use. Because we understand the need to serve populations where electricity and connectivity may be scarce, we do plan to develop a fully unplugged curriculum in the future.”

Our new AI overlords may be designed by kids in the Amazon or the Yukon or maybe on Mars.

Tech to the rescue in refugee camps

ACR GCD partnered with the Norwegian government, the Norwegian University of Science and Technology, mobile operator Orange, and the Inter-Agency Network for Education in Emergencies to help traumatized Syrian children “build foundational literacy in Arabic and improve their psychosocial well-being” while staying in refugee camps.

The partnership built two free smartphone games, “Feed the Monster” and “Antura and the Letters.” Since their release in March 2017, the apps have been downloaded to more than 100,000 devices.

“The games were implemented and tested in refugee camps in Jordan and found to improve Syrian refugee children’s Arabic literacy skills by 50 percent,” says Backus. “Because both games are open source, they have now been adapted into more than 20 languages to help children learn to read in any environment in which connectivity is less than certain.”

These are but a few of the technologies borrowed or adapted from commercial- and government-grade technologies to make e-learning possible anywhere on the planet, despite physical challenges such as energy, connectivity, scale, and harsh environments.

The human spirit overcomes hardships in the end. But it sure helps to have some help from tech innovators.

This article/content was written by the individual writer identified and does not necessarily reflect the view of Hewlett Packard Enterprise Company.

Pam Baker has written hundreds of articles for leading technology, business, and finance publications including InformationWeek, Institutional Investor magazine, CIO.com, Network World, Computerworld, ITworld, LinuxWorld, and more. She has also authored several analytical studies on technology, eight books, including “Data Divination: Big Data Strategies,” and an award-winning documentary on paper-making. Pam is a member of the National Press Club, the Society of Professional Journalists, and the Internet Press Guild.